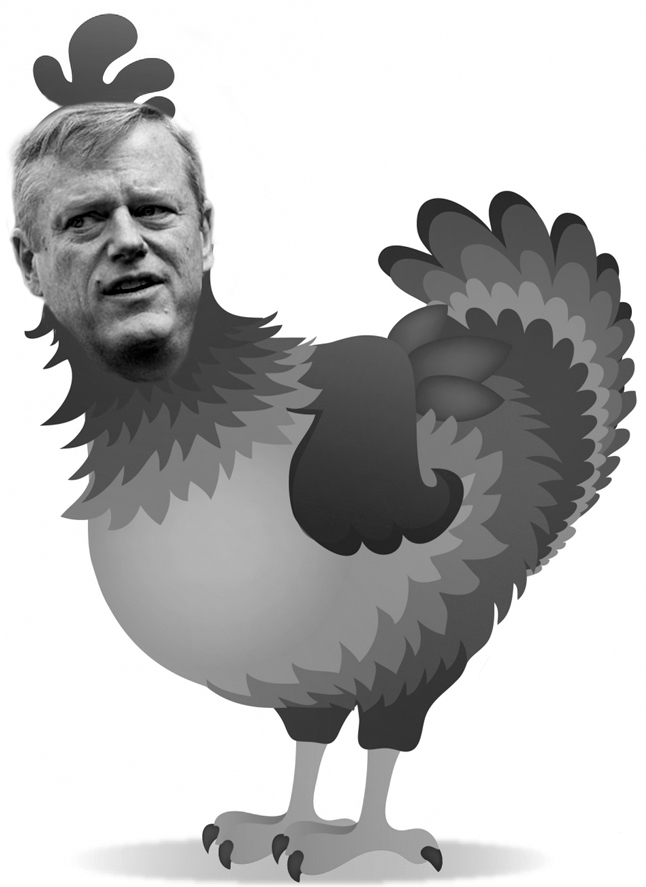 Whereas, Party unity is crucial for victory in November, not just for the Presidency, but also for all Republican Candidates running down-ticket on the ballot, and

Whereas, said Governor Baker has on multiple occasions, not only refused to endorse the Republican Nominee for President, Donald J. Trump of New York, but also will not vote for him, and

Whereas,Governor Baker stated it is unlikely he’d vote for Hillary Clinton, but did not categorically rule out the possibility of voting for her or a third party candidate, and
Whereas, His Excellency the Governor, as the titular head of the Republican Party in Massachusetts, is respected and even revered by many members of the electorate who are apt to give his words much weight, and
Whereas, the most Honorable Governor’s words, because of his popularity and high profile among Massachusetts voters, are arguably tantamount to suggesting that voters not vote for Donald J. Trump as the Republican Candidate for President:
Therefore,
be it resolved, the Massachusetts Republican Assembly urges the Swampscott Republican Committee to take appropriate action and impose appropriate discipline on its member, Charles Baker of Swampscott, Republican Governor of the Commonwealth of Massachusetts.

Be it further resolved:

The Massachusetts Republican Assembly urges the MA-GOP State Committee to defend and enforce its by-laws in this matter for the sake of Party unity.

To recruit, train, and motivate individuals to run for public office who are irrevocably committed to uphold and fight for constitutional principles and the preservation of the REPUBLIC!

To promote conservatism in the tradition of the Founding Fathers

To identify and oppose those individuals, groups, and agendas that would, knowingly or otherwise, bring about the loss of our freedoms and the destruction of our Republic through the violation of the constitution and the erosion of the traditional family or public morals

of candidates for public office

3 thoughts on “A Resolution Regarding the Political Activity of His Excellency Charles Baker, Republican Governor of Massachusetts”