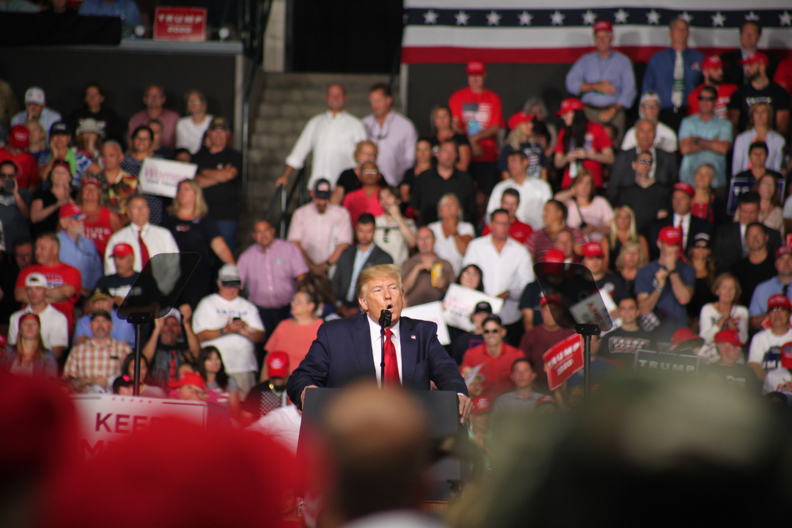 New Hampshire and regional supporters turned out and turned out and turned out, to give President Donald Trump a huge, huge, huge warm welcome at the SNHU Arena on August 15. Trump’s speech recapped his campaign promises and accomplishments, as well noted strong concerns with his extremist opponents, and vowed that America will never, ever, become a socialist country.

In short, Trump and his staff put on an event that turned Manchester N.H. into Trump Town. The economy, jobs, immigration, support to our allies and Israel, condemnation of past dealings which have enabled terrorist regimes, and so much more was addressed by President Trump.

Many members of the Boston Broadside team of volunteers were present at the rally, some as participants in the rally, others joining me in the “press pit” with the mostly liberal media!

We’re posting just a few photos below of the event, but will include extensive coverage on the rally, the speech, the attendees, and the press, in our next printed edition. We’ll also include exclusive interviews and photos with the President Trump’s campaign communications director Tim Murtaugh and others. 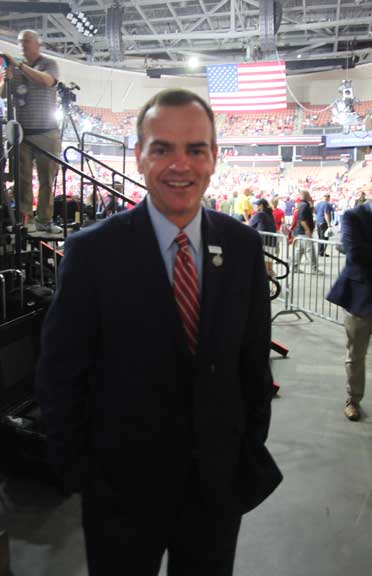 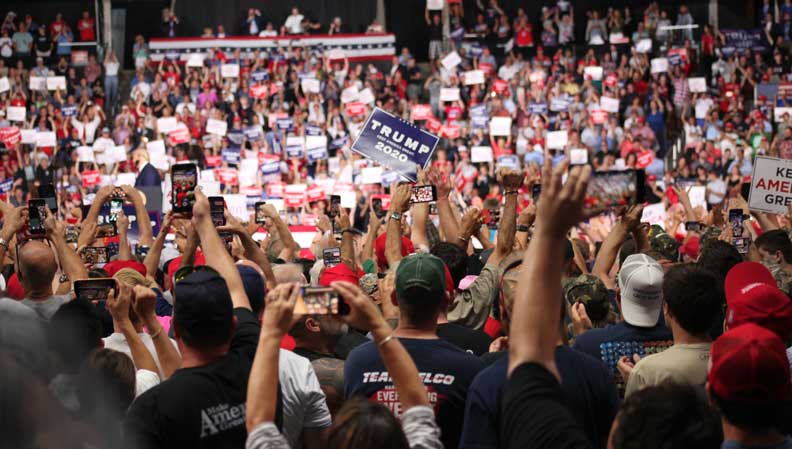 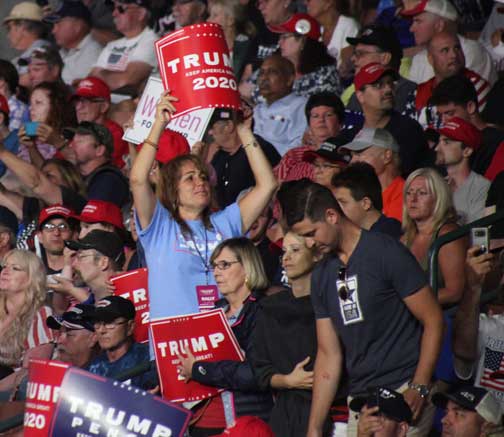 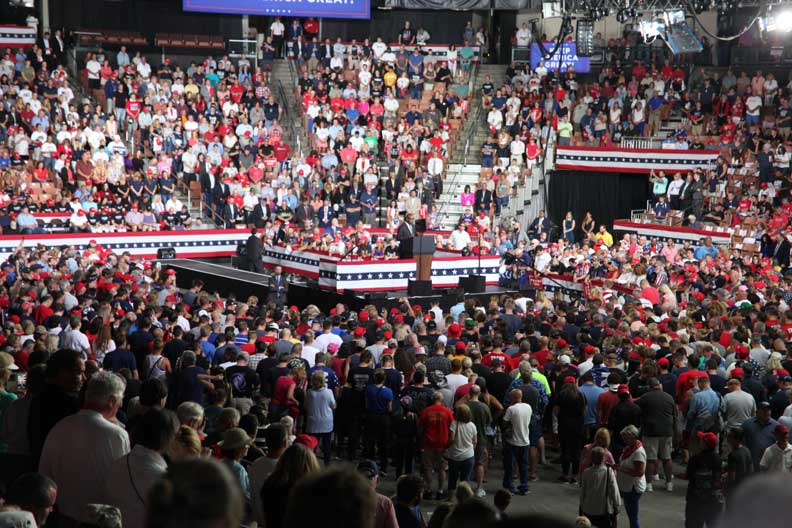 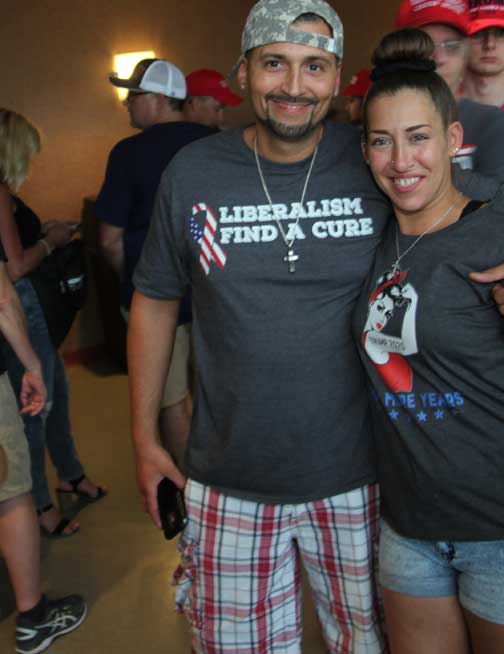 Rally attendees getting ready for the event, upon entering the arena – Boston Broadside photo 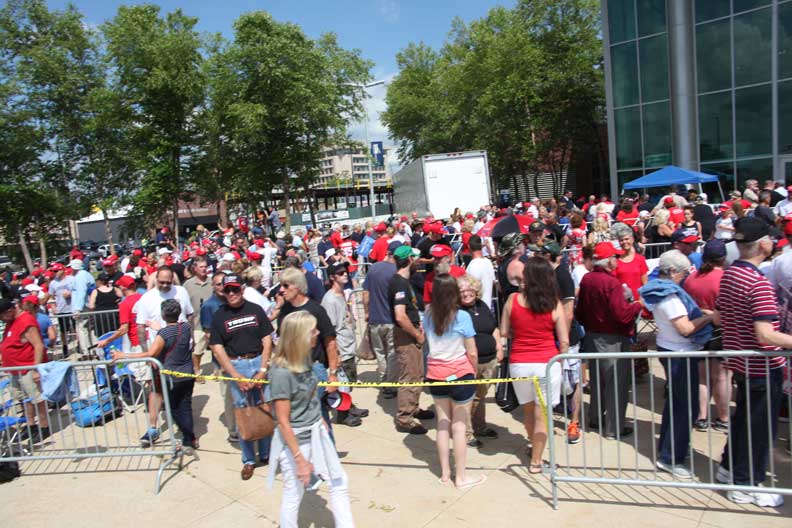 Lines outside form earlier in the day.    Boston Broadside photo 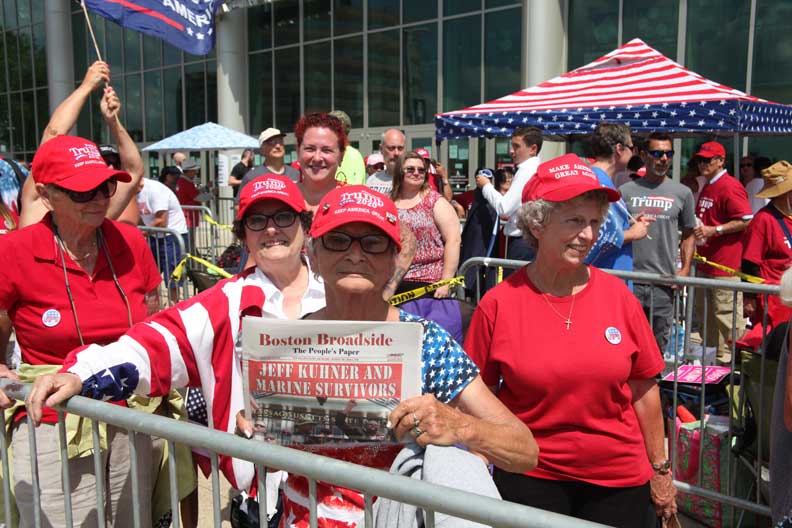 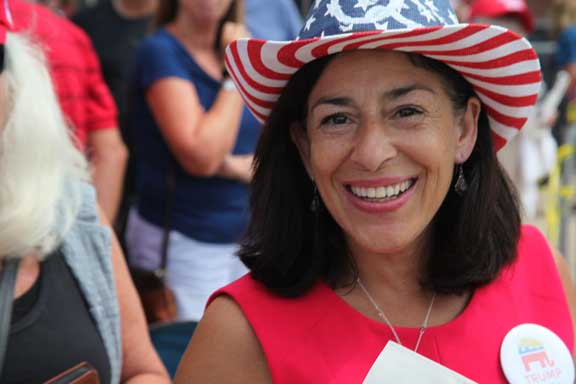 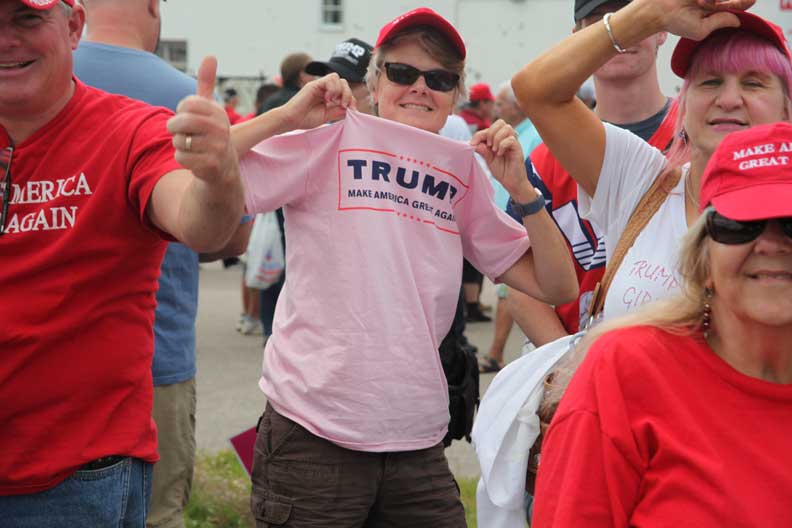