DARTMOUTH, Mass. – Recently, I received phone calls from the mother and brother of an involuntary psychiatric patient at Southcoast Behavioral Health in Dartmouth, Mass., claiming that their son was being wrongfully held and that the psychiatrist who they named as Jeffrey Palacios was also trying to force-drug and involuntarily commit him. The alleged victim reportedly has very good insurance.

I talked to the victim by phone and he sounded very rational, so I did a quick Internet check on the psychiatrist and saw patient reviews that included words like, “Bad, very bad… Stay away from this dangerous person,” “God help the victims in his wake,” “Worst Doctor ever!!” and “frightening!” The reviews also included claims of false diagnoses.

With that I called and left a message for Dr. Palacios and an email with him and their local management, along wtih the reviews above, and asked about why they are forcing the involuntary patient to stay. I also sent them the data I received from the mother, brother and patient himself. I got no response as if they were hoping that I would simply go away which shows that they obviously don’t know me well.

I started reviewing data my national organization had previously put together in the attached chart and also found that Southcoast was owned by the national psychiatric hospital chain Acadia Healthcare. When looking online at their “Senior Management Team,” I saw that all of them, minus their recently-hired, politically-connected person in charge of government relations (Bryan Kaegi, former Finance Director for U.S. Senator Lamar Alexander), had previously been in charge of Psychiatric Solutions, Inc. (PSI) that lost $68.5 million in civil and False Claims Act suits over a half dozen years ago.

Instead of Psychiatric Solutions, Inc. management being criminally prosecuted, they joined the management team of Acadia Health, and the CEO of PSI, Joey Jacobs, became the CEO of Acadia. Prior to PSI, Jacobs was a management leader for twenty-one years at Hospital Corporation of America which was also a national psychiatric chain that was hit for $1.75 billion in civil and criminal fines for healthcare fraud and False Claims Act violations. The other members of Acadia’s national management team who were leaders at PSI are their president, Brent Turner, Chief Operating Officer Ron Fincher, Chief Development Officer Steven Davidson, CFO David Duckworth and Exec. VP General Counsel Christopher Howard. 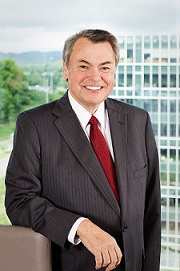 It should not be a surprise that psychiatric hospital chains often defraud the government and insurance as they are the only part of healthcare that can hold and “treat” you against your will while billing for it. These acts by psychiatric hospital chains to maximize their profits have included massive internal campaigns to needlessly keep people against their will, hiring unqualified and too few staff to save money, and much more, leading to many deaths and damaged lives.

Currently, Universal Health Services (UHS), the nation’s largest psychiatric hospital chain and the one that bought Psychiatric Solutions, Inc. in 2010, is now being targeted by the U.S. and various state government agencies. This includes Massachusetts where the Department of Mental Health recently closed their Westwood Lodge facility after many accounts of severe patient abuse.

When digging into Acadia to assist one patient, I realized how big the real potential problem of maximizing funds could be as their website states that as of June 30, 2017, “Acadia operated a network of 576 behavioral healthcare facilities with approximately 17,300 beds in 39 states, the United Kingdom and Puerto Rico. Acadia provides behavioral health and addiction services to its patients in a variety of settings, including inpatient psychiatric hospitals, residential treatment centers, outpatient clinics and therapeutic school-based programs.”

Maybe Acadia should be under investigation along with UHS, considering how their management once led PSI into False Claims Act settlements. And this time possibly the government should be considering criminal prosecution for Medicaid fraud so that their management shell game doesn’t continue while leaving betrayed and devastated people in their wake?   ♦ 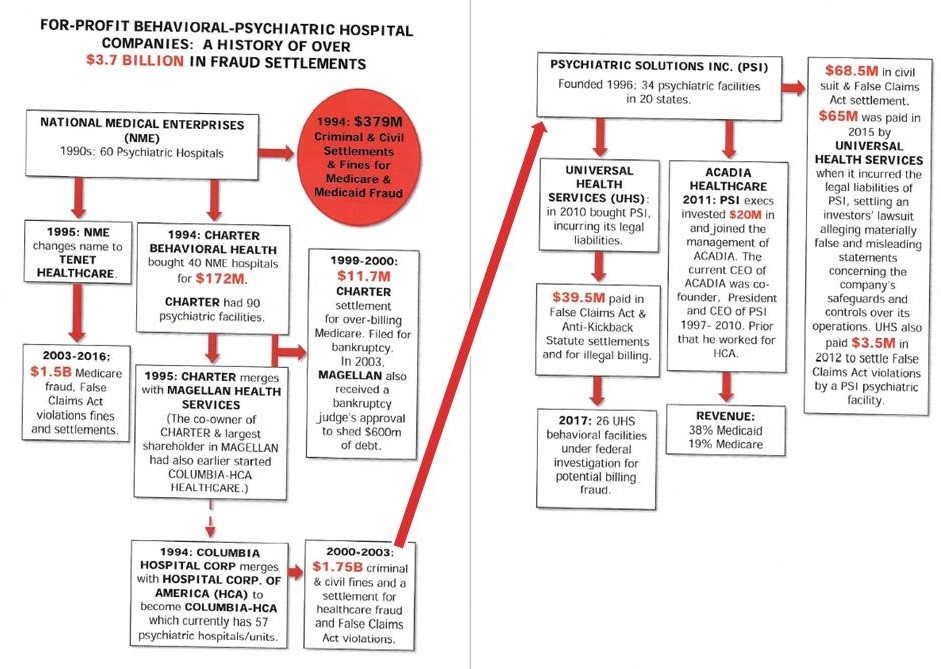 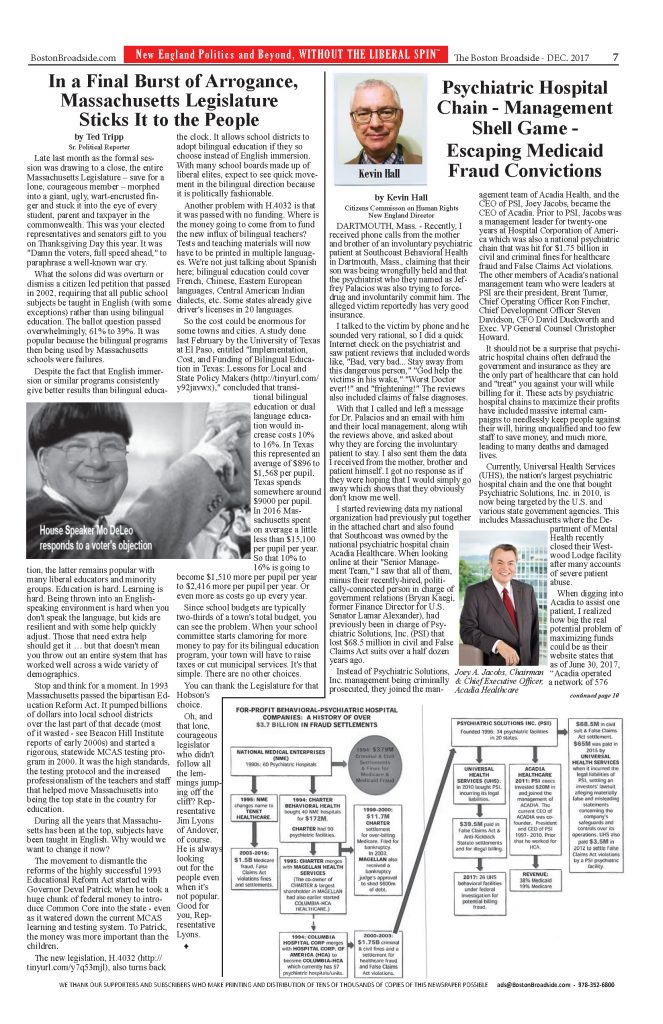 Political Patronage Patriots – Where does Your State Committee Man or Woman’s Allegiance Lie?

FROM OUR PRINTED FEB, 2020 EDITION: Political Patronage Patriots Where does Your State Committee Man or Woman’s Allegiance Lie? by John DiMascio On March 3rd, when most Republicans go to Read More…