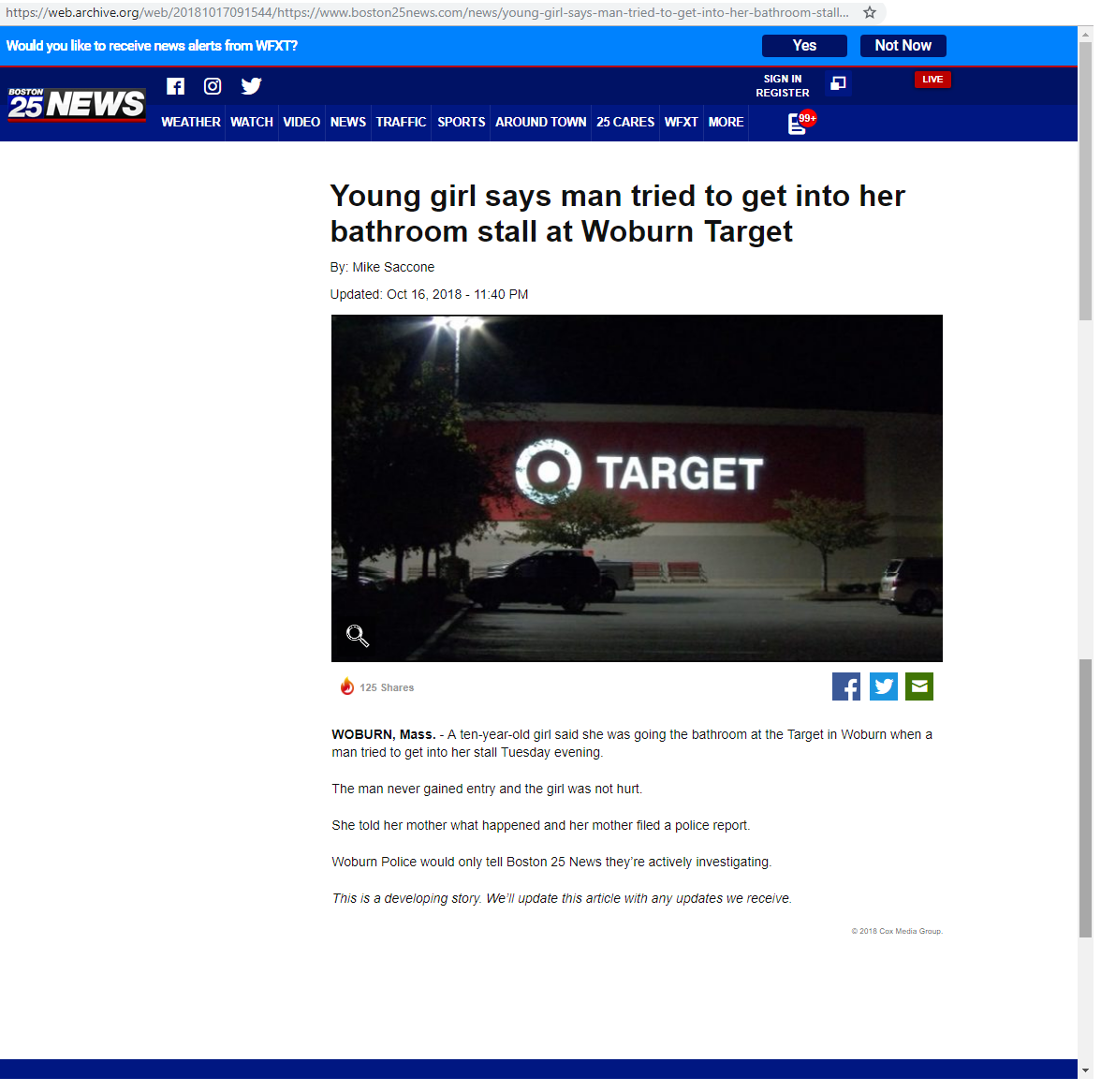 Charlie Baker should own the consequences of the law he promoted and supports.

It has come to the attention of the Massachusetts Republican Assembly (The Assembly) that an incident in a Woburn Target was suppressed by Fox 25. What happened is that  man identifying as a woman had a “misunderstanding” with a 10 year old girl after offering her candy and, when she went into a stall frightened, attempted to enter. She managed to escape and found her mother.

The original news story was posted on Fox 25’s website on October 16th, one week before early voting. It  was later replaced with an error page. Using the internet archiving service, the last archived page with the original story was on October 17th. The Assembly was able to obtain screenshots from the public service after the pulling of the story and other sources have corroborated the police declared the incident a “misunderstanding.”

Brian Kennedy, National Director for The Assembly noted “Taken at face value, I’m more concerned with the suppression of the story than what actually happened. This news story brings into perspective all of the safety concerns the Bathroom Bill’s critics warned about. It happened just a week before early voting, is completely relevant to the question, and still got internet erased. How many more of these ‘misunderstandings’ occur and media outlets are too afraid to report on them?”

Mary Lou Daxland, President of The Assembly was more pointed, saying: “If I saw a man bribing a girl with candy and then trying to enter her stall, I would intervene. Yet the Bathroom Bill would could toss me in a jail cell for violating a man’s “civil rights.” I’m not going to ‘hold it’ on defending a young girl just because Maura Healey and Charlie Baker have warped ideas of social justice.”

We have attached screenshots with this press release. 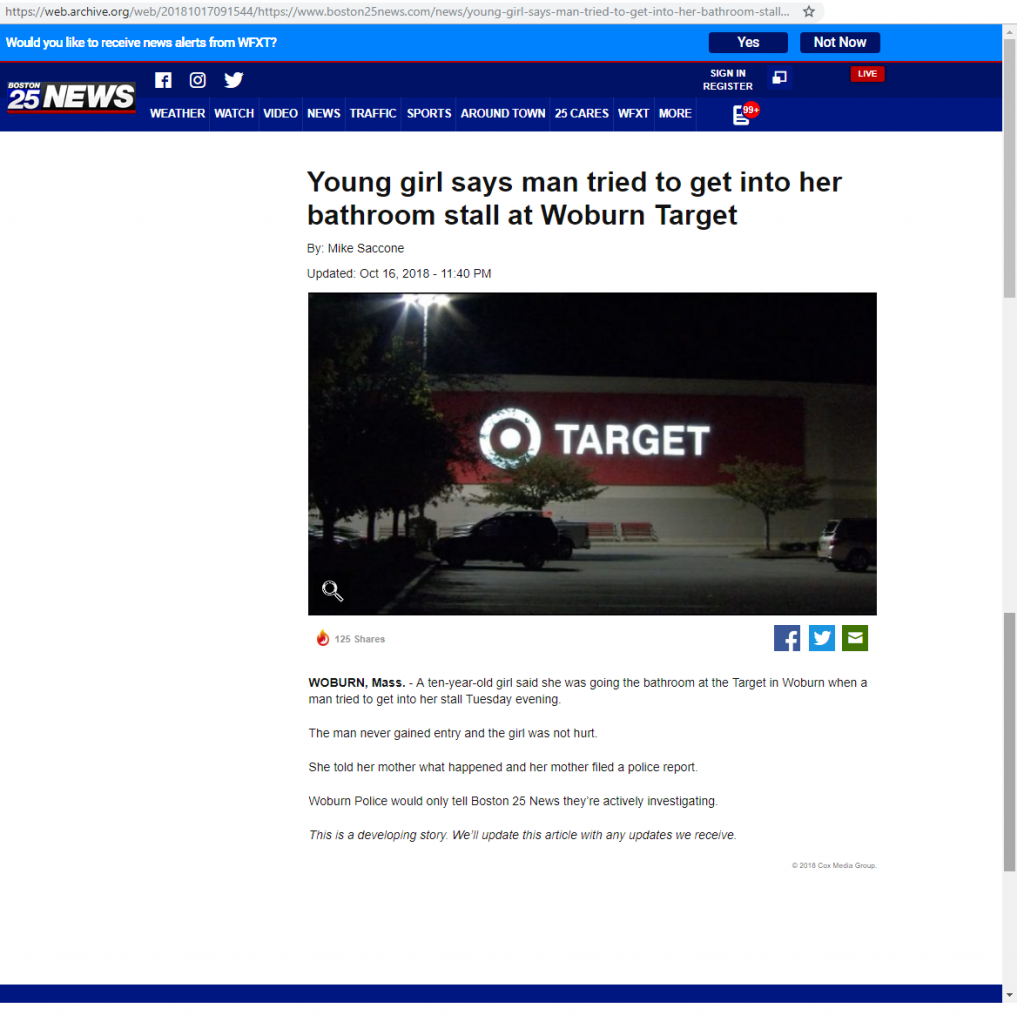 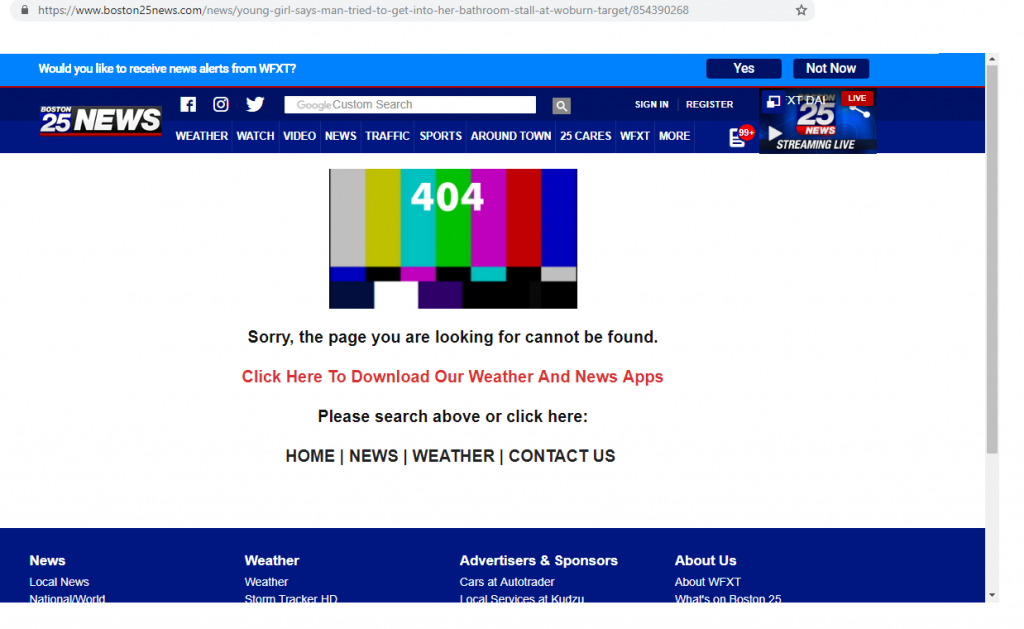